Where are we going with this? The information on this page should increase understanding related to this standard:  Identify chronological patterns of change and communicate that biological evolution is supported by multiple lines of empirical evidence that identify similarities inherited from a common ancestor (homologies).

Article includes ideas, images, and content from Troy Smigielski (2022-01)
Darwin's Evidence for Evolution
(Off we go!) 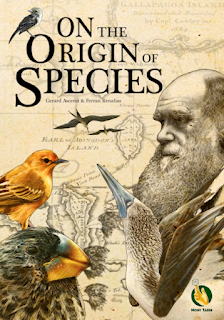 Charles Darwin was a naturalist in the middle of the 1800s who became known as the Father of Evolution.
Darwin published his most interesting notes in his book titled On the Origin of Species. This book detailed key terms for natural selection and contained his “evidence” for evolution.
One of the principles he proposed was called descent with modification.
Descent with modification is an idea that describes how species descend from each other and inherit changes. It theorizes that all species that can be observed presently descended from previous species. If two or more species are thought to have come from the same previous species, the earlier species is called a common ancestor.
According to Darwin, all living things originated from a common ancestor. 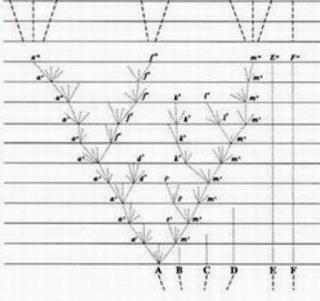 This idea was integral to Darwin's theory. Darwin offered four main components for his evidence of evolution.
Darwin's Evidence for Evolution
1. Fossils document how life on Earth has changed/evolved over time. 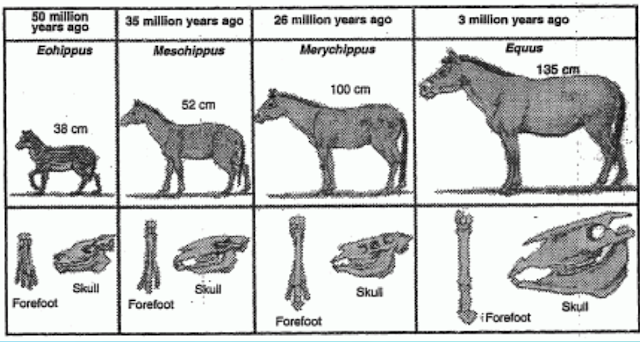 Regarding fossil evidence, 95% of fossils are from marine animals. 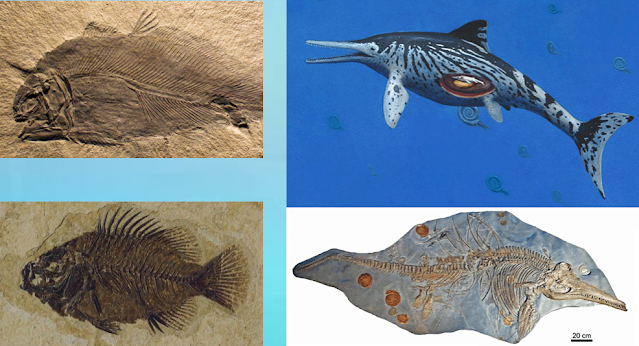 2. Homologous structures (structures that appear with similarities in different species) suggest that similar organs/limbs of different organisms are connected to each other by way of a common ancestor. 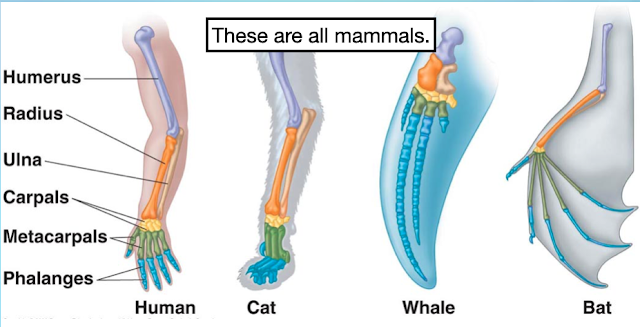 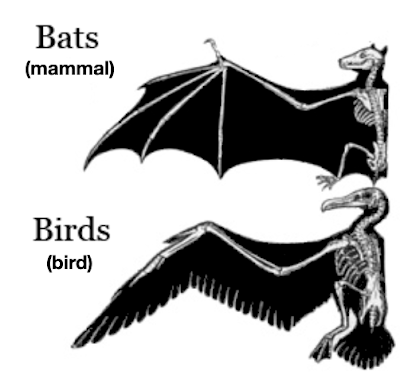 Though both bats and birds have wings and can fly, they structure of the wings is very different. The bone patterns suggest different ancestors.

3. Similarities in embryology suggests all living things have developed from a common ancestor. 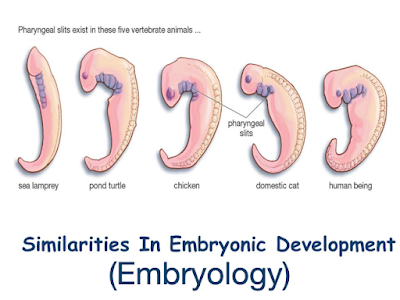 4. Geographic distribution of living species says that unique groups of animals only exist on islands, suggesting these animals have evolved from others on the mainland after to the supercontinent breakup. 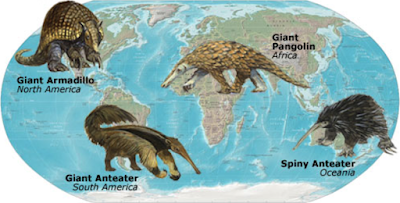 To Darwin, all four of these pieces suggested that all living things came from a common ancestor.
Posted by Bill Snodgrass at 8:17 AM