Article includes ideas, images, and content from Troy Smigielski (2021-11)
Genetics Overview
(At least I've heard of this word…)
Genetics is the scientific study of heredity and analyzes genes. Genes produce traits, which are functions or characteristics of an organism.
What type of biomolecule is responsible for storing genetic information?
You will probably recall that genetic information genetic information is stored in nucleic acid biomolecules, specifically in DNA (deoxyribonucleic acid).
DNA is a molecule composed of two polynucleotide chains that coil around each other to form a double helix carrying genetic instructions for the development, functioning, growth and reproduction of all known organisms and many viruses (Source 2022-01).
Specific sequences of DNA that are passed onto offspring are called genes. 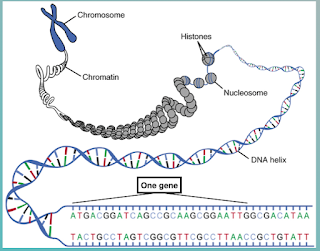 Traits in an organism come from the genes in the DNA, which is organized into chromosomes. Each chromosome carries multiple genes in specific segments of DNA.
To say that differently, "A gene is a region of DNA that encodes function. A chromosome consists of a long strand of DNA containing many genes. A human chromosome can have up to 500 million base pairs of DNA with thousands of genes" (Source, 2021, 12)
Genes are kept side by side in an organized fashion on structures called chromosomes. 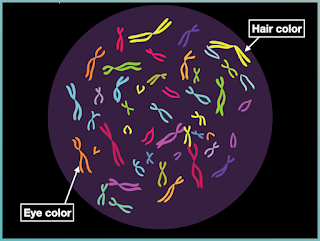 Humans have 46 chromosomes and each one has different genes on it. We are half mom/half dad, but each gene produces only one trait.
How does 50% mom and 50% dad get put into one gene?
Each chromosome contains one form of a gene called an allele.
Let's take a moment to more better understand the allele.

Think about the chromosome on which is the DNA code for hair color… That chromosome has a section of the code that contains the hair color code. The sections of chromosome code are called genes.

So, if you are curious to know, the gene for human hair color is called MC1R. This gene is located on chromosome 16.

So, there are different versions of the hair-color gene. Let's go with black, brown, blond, red and blond, just to simplify our thinking.

The allele is the version of the gene, either red, blond, brown, or black.

In other words, the different variants of a gene are called alleles.

Each gene you have has two alleles; one allele from mom and one allele from dad for every single gene that we have. Sometimes they are the same; sometimes they are different.
If mom gives us an allele coding for brown hair and dad gives us an allele coding for blonde hair, how do we figure out which one wins?
How Traits Are Passed On
Genes contain 2 alleles for traits which are either dominant and/or recessive. It the trait show up in the offspring, it is said to be expressed.
A dominant allele is one that will be expressed if present (capital letter). A recessive allele is one that will not be expressed unless there is no dominant allele present (lowercase letter). In order for a recessive allele to produce a trait, there must be no dominant trait passed on to the offspring.
Okay, let's do an example. Humans have a trait known as a widow's peak. 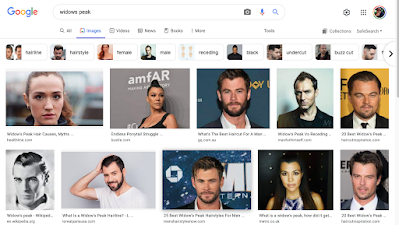 The only way to express a recessive trait is to have two recessive alleles. If you have one dominant allele, you will express the dominant trait. 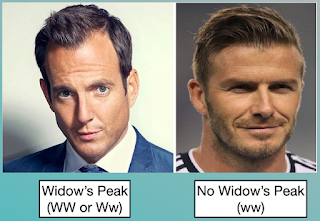 You will recall that the prefix "homo" means "same." Homeostasis means to keep everything unchagned. Homogenized milk is processed so that all of the molecules are nearly exactly the same size.
The prefix "hetero" means "different." Where the root "geneous" means "origin" or "made up of" a heterogeneous substance is made up of distinctly different things. 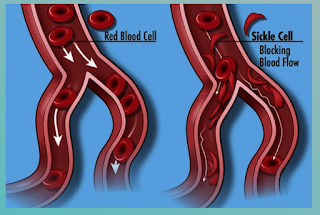 Sickle Cell is a dangerous, recessive trait. However, a person who is a carrier for sickle-cell anemia is also resistant to malaria!

In the following image, on the bottom row, the two in the middle are resistant to malaria, but do not have the disease. The one on the left side of the image does NOT have resistance to malaria. 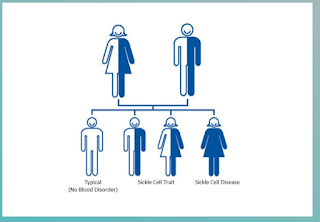 Genotypes and Phenotypes
Oh… so more fancy terms!
The genotype is the genetic makeup of a gene (ex: Bb).
The phenotype is the physical, observable characteristic of an organism (ex: brown hair).
Genotype causes phenotype! Your genes cause you to look a certain way. 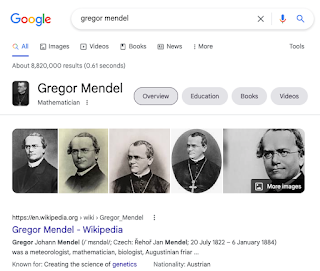 Mendelian Genetics
Gregor Mendel is a famous scientist who studied the genetics of pea plants.
He coined the terms “dominant” and “recessive” to describe alleles.
How?
Over the course of seven years, Mendel conducted several experiments that led him to this conclusion.
Mendel wanted to know how traits are passed to offspring. To do this, he crossed a purebred purple flower with a purebred white flower.

(Purebred refers to a homozygous organism (PP or pp).)
He hypothesized that one color was a dominant trait while the other was a recessive trait, but he wasn’t sure which was which.
After crossing, he found that all of the offspring had purple flowers. This means that purple is dominant. This means purple flowers have the genotype PP or Pp while white flowers have the genotype pp. 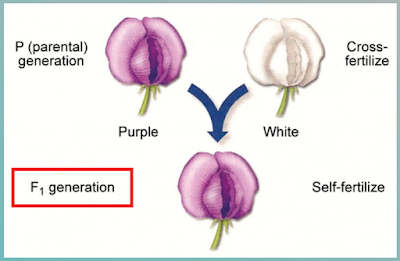 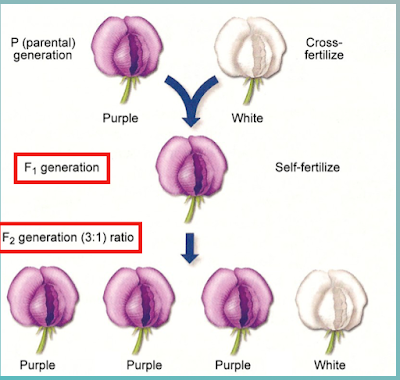 In genetics, the first generation of offspring is denoted by F1 and the second generation is F2.
What does this tell us?
Mendel concluded that alleles must separate independently from each other in meiosis so that each gamete (reproductive cell) only carries one allele.
He called this the Law of Segregation.
This is essentially confirming how meiosis works. These days, we can do Mendel's experiment using a Punnett square. Check this out!
A Punnett square is a diagram used to predict the genotype and phenotype of offspring.

To do a Punnett Square, put the genotype of one parent at the top and the other parent down the side. Then, make the matches of the alleles.
In the square to the left of the image, there is a capital P in each box, so all of the flowers expressed the purple trait.
In the Punnett Square to the right, mixing two Pp flowers allowed for one box to have the pp genotype resulting in a phenotype of being white.
Posted by Bill Snodgrass at 9:23 AM