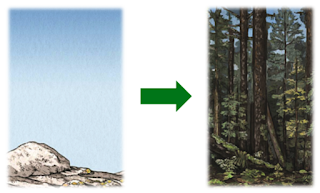 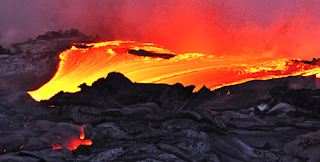 Let's say a new island is formed from a volcano… That could (does) happen!

Secondary succession is succession that occurs when a disturbance affects an existing community but doesn’t completely destroy it. There was plant life and soil to begin with.

Secondary succession is often caused by a natural disaster.
Examples…
Number 1: A volcano erupts covering a small pond in lava rock. Eventually, lichens break down the rock into soil. 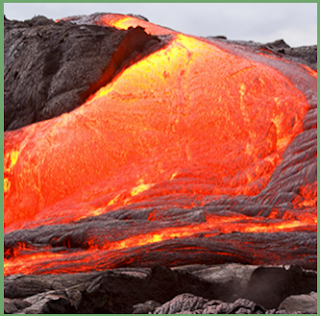 This is primary succession.
Number 2: Humans clear land for farming, which allows new plants to grow. 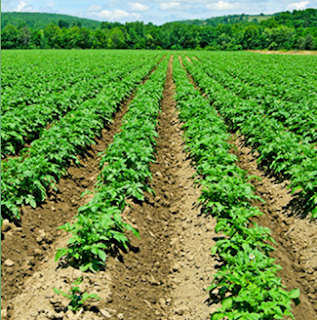 This is secondary succession.
Number 3: Humans clear land for farming, which allows new plants to grow.

This is primary succession.
Number 4: A wildfire in northern California burned down several acres of forest, which left fresh, nutrient-rich soil for a new ecosystem to form. 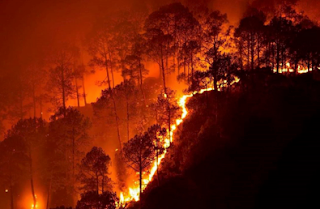 This is secondary succession.
Succession will eventually reach a stable point where the community is at its peak. This is called a climax community. 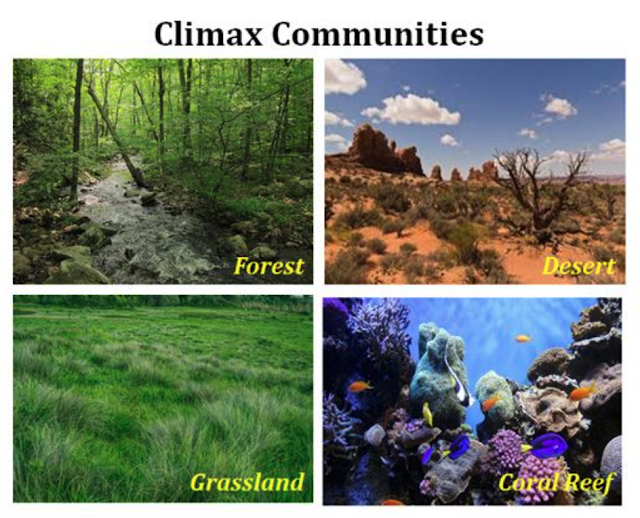 In most ecological climax communities, there are a lot of different organisms.
Biodiversity is the variety of life in a particular place. It allows organisms and ecosystems to adapt to environmental change. It also contributes to medicine and agriculture.
It also aids ecological communities in recovery from sudden disruptions. Resilience is the ability of an organism or ecosystem to recover after a disturbance. The more biodiversity an ecosystem has, the more resilient it is likely to be. 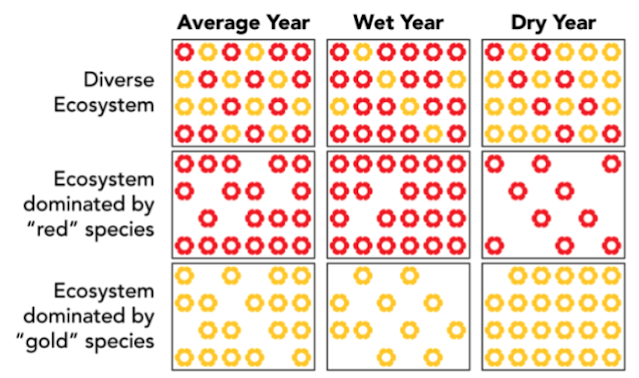