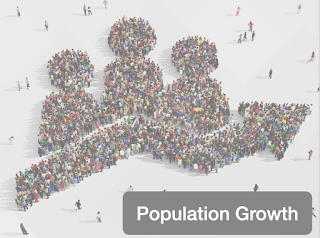 Population Growth
(So, the population gets bigger?)
When people think about the word "population" it is frequently in the context of how many people live in an area. When applied to ecology, the concept is very similar.
Recall that in ecology, population is "a group of organisms of one species that interbreed and live in the same place at the same time" (Souce, 2022-04)
So, in that context, population growth is… when the number of organisms increases (duh).
The number of individuals in a certain area is known as its population density.
So, the total population is a number. Population density is how closely they live to one another.
The more things in an area, the greater the density. Or, if the same number of things have to live in a smaller area (such as what occurs with habitat destruction), the density will go up, also.
Think of it like this… six people on a bus is not very dense. Six people in a compact car IS dense. Six people on a moped… Well, too dense!
Population size is affected by:

Migration causes people to either bring in new genes to a population or carry their genes out of a population. This causes something called gene flow. Gene flow is the transfer of genetic variation.

Models of Population Growth
(Why do I feel like we are about to get mathed!)
The two models of population growth are exponential and logistic.

Exponential growth occurs when individuals in a population reproduce at a constant rate. This occurs when resources are unlimited. 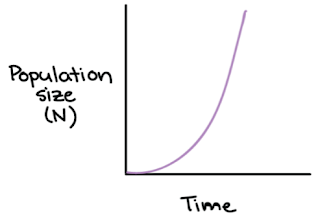 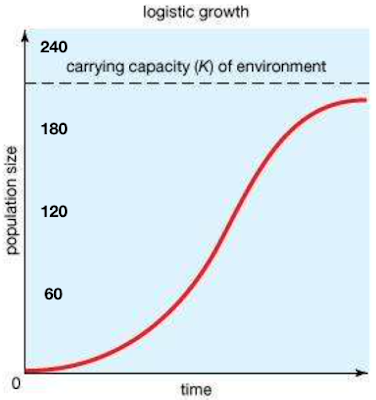 Populations move into logistic growth when resources become limited. This is pretty logical. If the environment has the capacity to feed 1000 organisms, once the population reaches that level, it will stop growing.

Side note… A lot of video games like Forge of Empires provides boxes into which you can build things. Once the boxes are all filled, the population of buildings can grow no more… not until you get more resources (land). The number of boxes are analogous to carrying capacity. 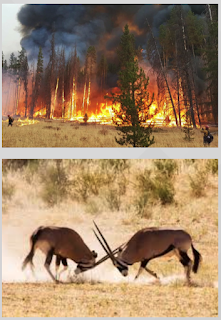 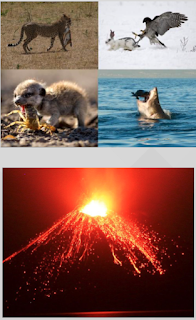 Biotic factors are factors that are living (competition, predation, etc.)
Abiotic factors are factors that are non-living (weather, natural disasters, etc.)
A density-dependent limiting factor is one that regulates a population depending on its size. As a general rule, these will typically be biotic factors such as competition, predation, parasitism, or disease.
They have a greater effect with greater population. Disease will have a greater effect on population growth in a large population over a small one. 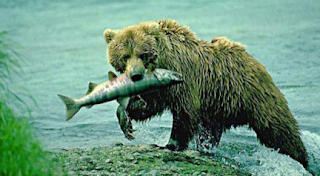 A common example of a density-dependent limiting factor is competition and/or predation.
Neither animal can get too large in population size, so they are limiting each other. 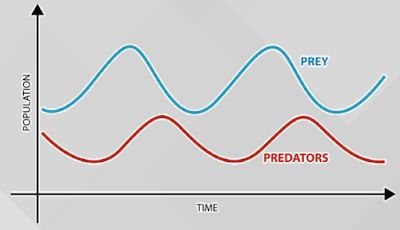 A density-independent limiting factor is one that affects all populations in similar ways regardless of population size. As a general rule, these will typically be abiotic factors such as weather or natural disasters. 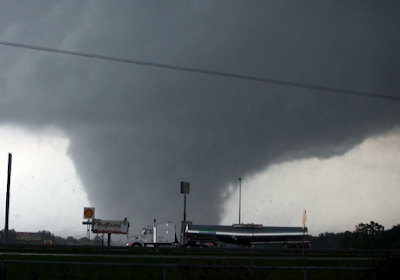 They have the same effect with greater population. A tornado will kill any animal unlucky enough to be within its path. It does not matter how dense the population is.
___________
Death rates are now lower than birth rates which would lead to population growth. However, they used to be equal.
What is one reason why death rates are now lower than birth rates?
Less people are dying due to new medical technologies.
More people are being born due to larger populations and different cultures.
Population growth can be measured using an age-structure diagram. This can then be used to predict future growth or decline. 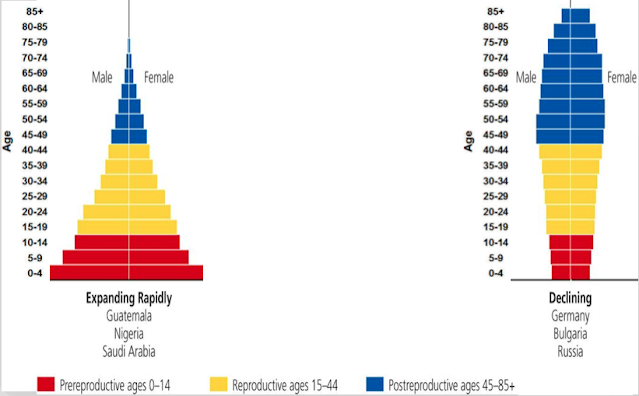 The predictions from these diagrams are greatly influenced by how many people in different age groups are present in a population.
You can also compare birth rates for certain age groups. In these diagrams, Country 1 has a higher birth rate for young children than the others. 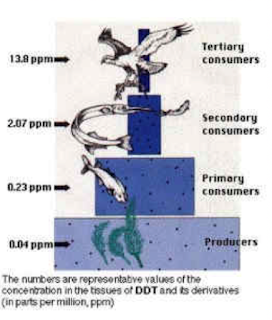 Biomagnification is the process by which a pollutant’s concentration is increased through the trophic levels.
The animals that eat the pollutant do not digest it, so it keeps piling up in that organism’s tissue. So, over time, the concentration greatly increases.
A classic example of biomagnification is DDT (dichloro-diphenyl-trichloroethane) which was used as an insecticide in the 1940s.
As humans sprayed this liberally, it moved up into the environment and was ingested by birds. 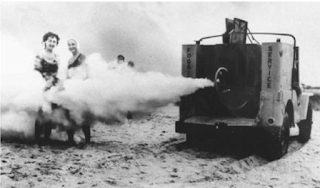 Once in a bird's system, it will alter the bird's calcium metabolism in a way that results in thinner eggs. When the birds try to warm their eggs, they crush them. 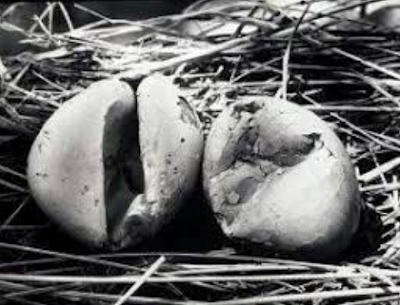 As this happened, we learned that it is a probable carcinogen and is toxic to wildlife and the environment.
Posted by Bill Snodgrass at 4:46 AM